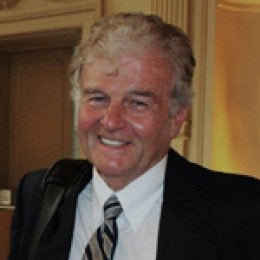 Philip J. Burke Ph.D.  serves as Professor of Special Education and Director, Institute for the Study of Exceptional Children and Youth, Department of Counseling, Higher Education and Special Education CHSE.  Dr. Burke has served as Associate Dean in the College of Education COE (2011-2013) and Chair of the Department of Special Education EDSP (1978-2011), which grew significantly in its academic reputation under his leadership, developing programs in early childhood, infancy, severe cognitive disabilities, autism, behavior disorders, transition and policy studies, created and staffed with outstanding faculty.

He is a widely respected and recognized special educator whose career has spanned federal service in the Bureau of Education for the Handicapped (Now the Office of Special Education Programs in the US Department of Education) during a historical period leading to the creation and implementation of the basic legislation in special education (PL 94-142 and Section 504 of the Vocational Rehabilitation Act).

He has created, written and directed federal grants, generating over 40 million dollars in sponsored research funding. He serves as the leader of EDSP’s policy studies program and has served as an active member of the Higher Education Consortium for Special Education HECSE since 1980, serving as its Legislative and Political Action Liaison and member of its Executive Board. Dr. Burke has testified before Congress, to both the Senate and US House of Representatives and the President's Commission on Excellence in Special Education. He served on HECSE's Blue Ribbon Committee offering policy guidance to OSEP on the essential components of research based doctoral leadership programs in special education.   He has advised to completion over 200 Master's students and 23 doctoral students.   He has directed the University of Maryland's overseas graduate programs in Europe since 1992, offering both MEd and EdD programs for personnel in the US Department of Defense Dependents DoDDS schools in the United Kingdom, Germany and Belgium and has served on the Special Education Advisory Committee for DoDDS at a critical time when the system was revising policies to achieve compliance with all stateside requirements for special education, including full implementation of the Individuals with Disabilities Education Act.

He has served as a consultant to The Organization for Economic Co-operation and Development (OECD) studying transition programs for young adults with disabilities.  He was nominated for the Council for International Exchange of Scholars' Fulbright International Education Seminar - Germany.  He served on the advisory board of the Military Child Education Coalition/AACTE in support of Joining Forces, a White House initiative created by Ms. Michelle Obama and Dr. Jill Biden supporting military families.

He served on a delegation led by Jean Kennedy Smith, founder and Director of the Very Special Arts Foundation of the John F. Kennedy Center for the Performing Arts, visiting programs for the arts serving individuals with disabilities in the Soviet Union during the Glasnost and Perestroika era.

He has served as a consultant to the Lieutenant Joseph P. Kennedy Jr., Foundation and was chosen as a nominator for the MacArthur fellows "Genius Grant" program offered by the John D. and Catherine T. MacArthur Foundation.  He has served on numerous boards including the Syracuse University School of Education Board of Visitors, his alma mater.

He served as an evaluator and consultant to Special Master Amy Totenberg in the Vaughan G. case under U.S. District Court Judge Marvin J. Garbis in Baltimore.

He is a Vietnam Era veteran, an Honors Graduate of the US Army Infantry School at Ft. Benning, commissioned First Lieutenant Infantry, US Army.  His assignments included service as First Lieutenant, Infantry in the 98th Infantry Division, 390th Infantry Regiment (1967-68) as well as Commander Headquarters Company and Executive Officer in the United States Army Europe (USAREUR) Miesau, Germany at a highly classified facility (1965-1967).

He Directs the Institute for the Study of Exceptional Children and Youth ISECY. Created in 1981, ISECY has directly generated over 40 million dollars in federal grants.  ISECY is dedicated to fostering the development of research and programmatic excellence in special education.  Initiatives  have included support for the creation of the Maryland Language and Literacy Research Center; Pilot studies supporting the development of new research grants submitted to IES including the Investigation of Literacy Practices in Secondary Science Classrooms; International studies and seminars supporting research on special education in Central America; Development of a certificate program in behavior disorders dedicated to equity of education services for marginalized youth particularly those in institutional settings; and the organization and refinement of instructional materials critical to the preparation of teachers  of children with severe disabilities.  The Institute has developed and supported the new Post Baccalaureate Certificate on Inclusion for General Education Teachers.  He has served as the Director of the MEd program awarded by OSEP which offered the MEd in special education with a focus on autism spectrum disorders at the Universities at Shady Grove and serves a Director of the recently developed MEd in Special Education to be offered on the Shady Grove campus

He serves as Director of the recently approved EdD Special Education Leadership Program which will prepare a cohort of 16 future leaders in the US Department of Defense Dependents Schools in Europe beginning Spring 2021.